One of the most talented and creative contemporary Greek painters

Vasilis Bottas is a self-taught painter from Thessaloniki, Greece. During 50 years of creation in Painting, Vasilis’ artistic collection is characterized by a great variety of styles, from seascapes and landscape to mythological, historical, religious and modern, fully deserving therefore to be considered as one of the most talented and creative contemporary Greek painters.

He accomplished almost 50 individual and group artistic exhibitions in Greece and abroad. Οne of his biggest exhibitions took place in Brussels, in the European Commission premises in October 2014.

Vasilis Bottas wrote and illustrated six books about Painting for young pupils. Moreover, supporting that Art keeps up with Spirit and Humor, he dealt  also with Caricatures and writing. He undertook the position of Professor of Plastic Arts in schools and colleges and presented seminars to young painters in Greece and in the Greek community of Alberta, Canada. Vasilis Bottas is a founding member and Responsible of Cultural Affairs in various institutions in Thessaloniki, like the “La Maison de l’ Europe” and the Historical Archive Refugee Hellenism.

Ηis contribution to Art as an author and professor of Painting -who offered many times unpaid services- has been recognized by many important people of Culture and Art, while his fame as a painter reached Australia, where third generation Greeks had the chance to learn history through his works. The Association of Painters of Thessaloniki and Northern Greece nominated him honorary member. Vasilis Bottas has received various awards, with the last one being from the International Society of Greek Writers and Arts. Very recently the Greek Parliament officially thanked him for a donation of a naval battle painting he did to the War Museum of Thessaloniki.

A very important moment for his career took place when the Sotheby’s Auction House included Vasilis among its Greek partners and auctioned ten of his artworks. Other paintings decorate the lounges of Municipalities, Picture Galleries, Schools, Cultural Centers, Hospitals and Charitable Institutions. 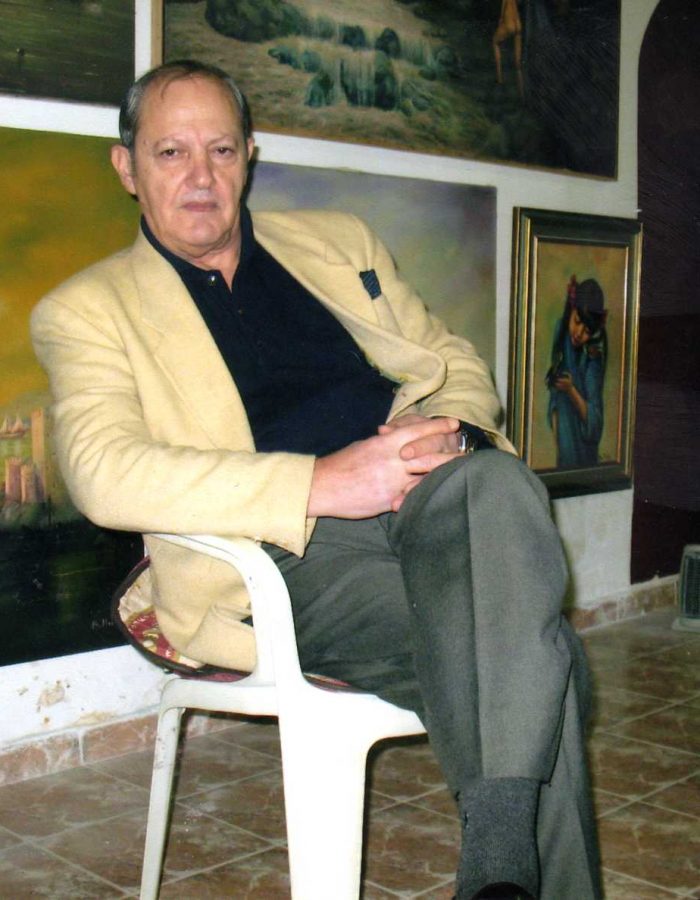 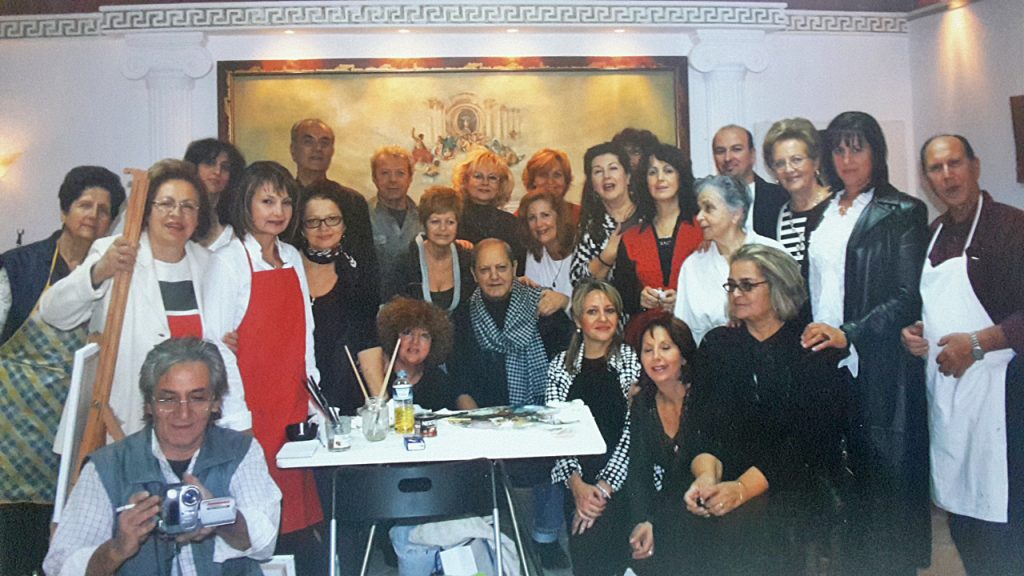 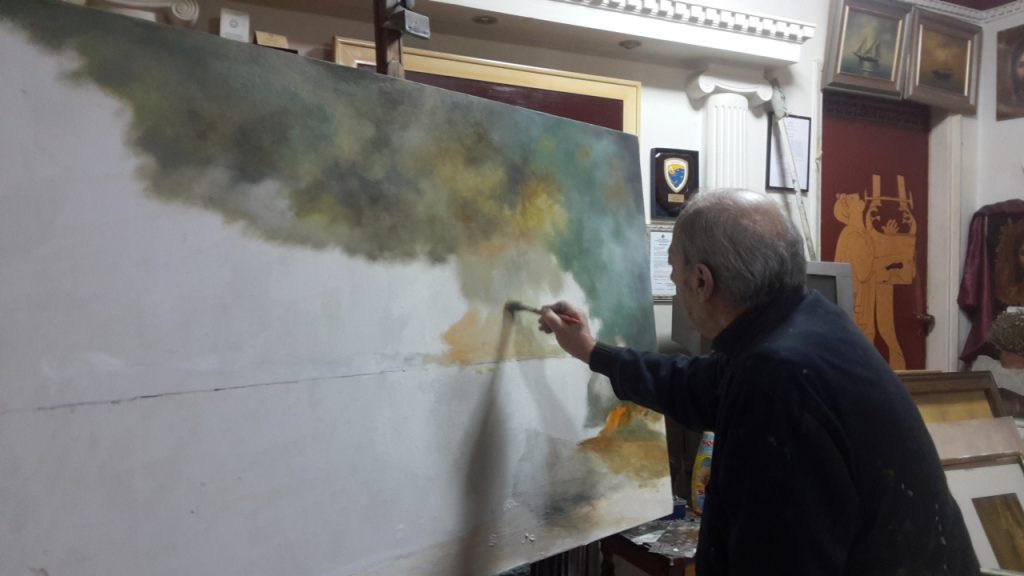 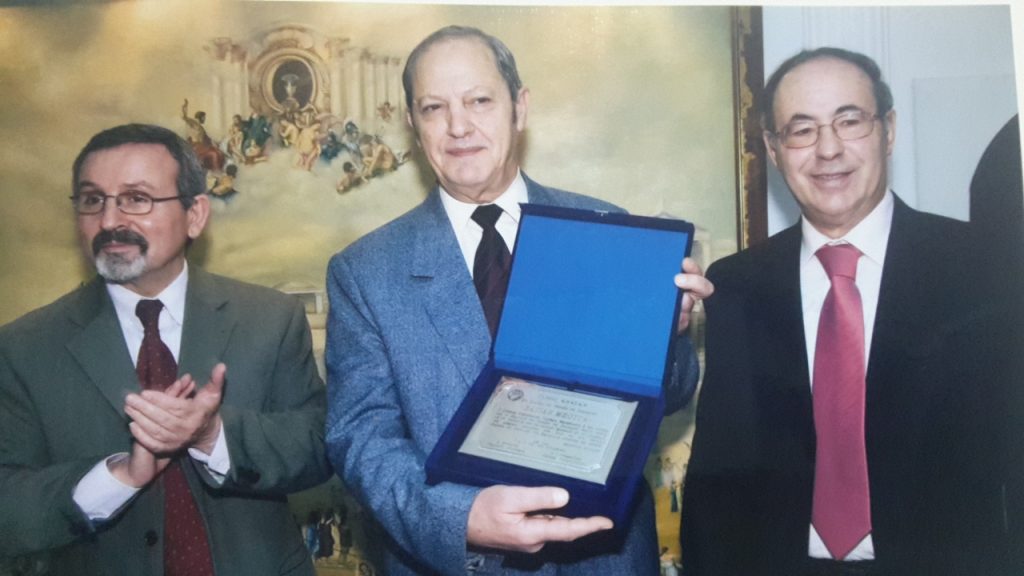 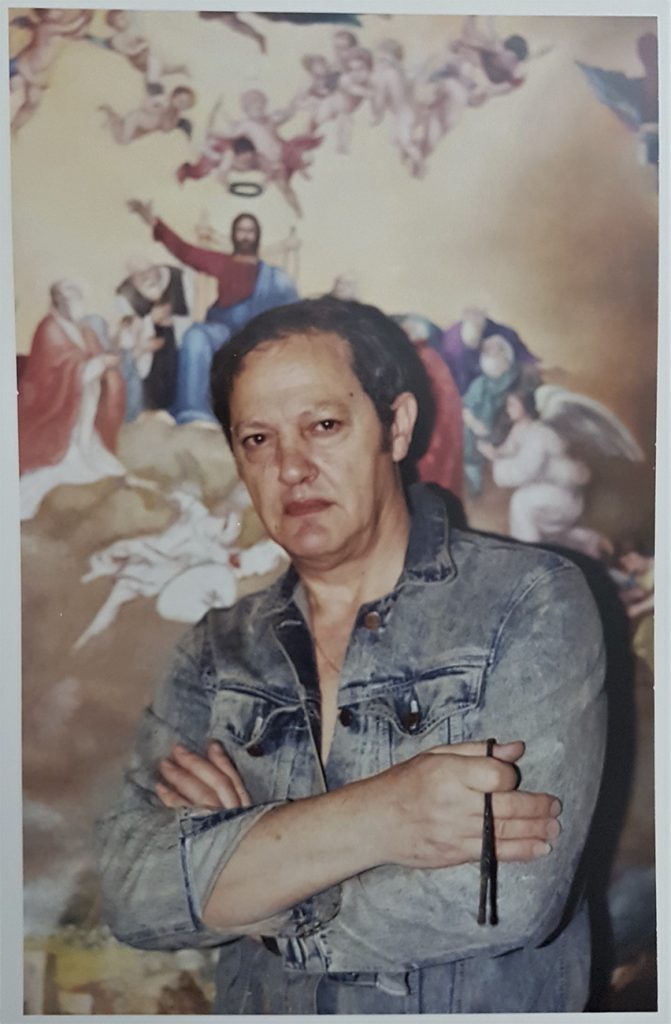 A dedicated, idealist and versatile painter

Vasilis Bottas’ interest in Painting started from his childhood and this early talent discovery motivated him to deal gradually with many different painting styles where he excelled.

His perception is that Art comes from the heart, the personal impulse and imagination and that studies do not make the artist, neither are necessary. Really devoted, he spent most of his energy to creation, struggling with pallets, canvasses, colours, shapes and brushes in daily basis in his workshop, featuring an impressive quantity of artworks, never at the expense of quality, though, proving to be one of the most creative contemporary Greek painters. Idealist, romantic and believer that true Art cannot be sold off, he was far from with the commercialization never compromised or searched for the easy money, honouring his principles, fame and recognition.

Vasilis Bottas avoided the arrogant prominence as he believes in the fair public judgement, that people will reward what deserves to be rewarded. Every piece of Art should be accessible to all and not to few the -so called “specialists”of the field. Imagination of colour, harmony of the lines and beauty of design should not and cannot be missed in Painting. In his works, Ιmpressionism and classicism are married together in his personal style, a connection that he believes never faints, but lasts in time.

For Vasilis everything in Nature is absolutely harmonized and balanced, nothing should be removed. Thus, naturalistic painting became the core of his interest: inspired by the Seascapes of the Russian School of Art and particularly Ivan Aivazovsky, he worked meticulously on mastering the art of presenting the sea in various forms, from a quiet morning fishing to a fierce naval battle. His ability on the depiction of reality, can be duly admired in his work on portraits, while his mastering skills on revealing the details, on the use of light and the depth, on the perspective and on the use of colours are evident and widely recognized.

A religious person and ardent lover of Greek mythology and history, Vasilis Bottas produced three collections of relevant works, perhaps at his peak of his mature period of creativity. Deeply proud of and influenced by the Asia Minor origin of his family, he commemorated this fact with relative works of exquisite quality.

Apart from naturalistic, Vasilis loves abstract painting and expressionism. There he acts completely differently: he paints freely, without restrictions, with no details and interest on perspective. His modern paintings are full of figures and colours, expressing his rich inner world, which is full of deep and well-hidden energy, motion, mystery, dynamism and sentiments. He doesn’t use any symbols: the painter leaves the viewer free to perceive hi works as (s)he wants, challenging everybody to make their own discoveries.

After half a century in Painting, Vasilis remains equally passionate and fully committed, a tireless man of Art, undoubtedly a remarkable contemporary Greek painter

You should see the